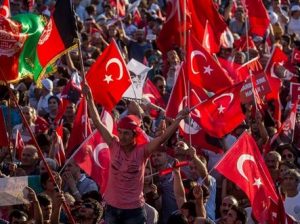 This article titled „It’s the will of the Turkish people, Erdogan says. But which people?“ was written by Ayça Çubukçu, for The Guardian on Tuesday 26th July 2016 19.12 UTC

‘There are decades where nothing happens; and there are weeks where decades happen,” Lenin said. Turkey is having weeks like that. After the failed coup on 15 July, followed by a state of emergency, little is how it appears to be any more.

Related: Turkey: the week following the coup attempt – in pictures

What may eventually become clear is that under this state of emergency, a new political settlement is emerging. President Recep Tayyip Erdoğan is mobilising “the people” to turn the suspension of the constitution into the foundation of a body politic. Whether he succeeds could determine the nature of the Turkish state and society in the 21st century.

The date of the attempted coup, 15 July, has already been declared a national holiday to commemorate the “martyrs” who helped to halt the military on the streets that day. Since the coup attempt Erdoğan and his Justice and Development party (AKP) have been using all means possible to ensure that “the people” continuously fill the streets and squares. In Istanbul, where I was yesterday, public transport has been declared free, while mobile phone companies, under orders from the state, are providing free calls. All citizens have received text messages from the president himself, urging them to demonstrate in the streets after work until further notice. And many do. Tens of thousands gather every night to celebrate the defeat of the coup and “defend democracy”. In Taksim Square, the crowd – men and women, some with their children – was triumphant. According to Erdoğan, the people who come out are manifesting a singular “national will”, which he, as the commander-in-chief, embodies. “Do not leave the squares until a further order,” he commands “his” nation.

Yet fear also abounds. It is the arbitrary nature of the emergency powers granted the police and other state officials that is most distressing for the millions who don’t support Erdoğan. Millions more, of course, in the Kurdish regions of Turkey, were already living with a de facto state of emergency. The exception has been the rule in Kurdistan.

Meanwhile a massive purge is under way, with more than 60,000 civil servants sacked from the military, the judiciary, the police and the universities. Schools, nongovernmental organisations and newspapers are being shut down. Along with civil rights, the European convention on human rights has been suspended. More than 10,000 people have been detained and many tortured, according to independent reports.

Without a doubt, Erdoğan and his supporters are attempting to appropriate “the national will” and traditional symbols of the republic to reinforce their own power. But they are doing much more than that. What is at stake is the very constitution, literally and figuratively, as its lines of amity and enmity are redrawn.

Will Erdoğan achieve his dream of changing the constitution to establish, de jure, an authoritarian presidential system? Or will his constitutional push, under the legal arrangement of a state of emergency, lead to a new social and political consensus built around the enemies of the state and nation? Will the purge targeting “Gülenist terrorists” envelop the strong opposition that Erdoğan’s government continues to face? It is possible, but only time will tell – and time is moving fast.

Last Sunday, under a call from the Republican People’s party (CHP) – a secularist and social democratic establishment – another section of “the people” demonstrated in Taksim Square. “Neither coup, nor dictatorship” was the slogan chanted by at least 100,000 people. They too waved Turkish flags and claimed to defend democracy. Most importantly, they demonstrated that “the national will” is not one but many, and that Erdoğan is not its embodiment, even in a state of emergency.

Will the opposition in Turkey participate in the constitutional moment or critique it from the sidelines? That is the question, and the signs are mixed. Two members of the parliamentary opposition, the Republican People’s party and the Nationalist Movement party, met Erdoğan and his AKP on Monday. Yet the leftwing party of the Kurdish Peoples’ Democratic party (HDP), was left out of this meeting, even though it represents 6 million people in the parliament. Regularly charged by Erdoğan with supporting terrorism, is the HDP to be included in or excluded from “the national will”? 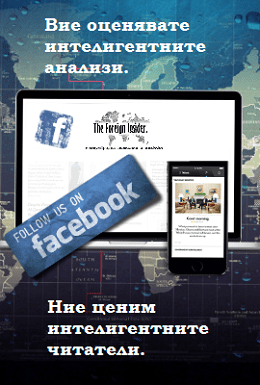